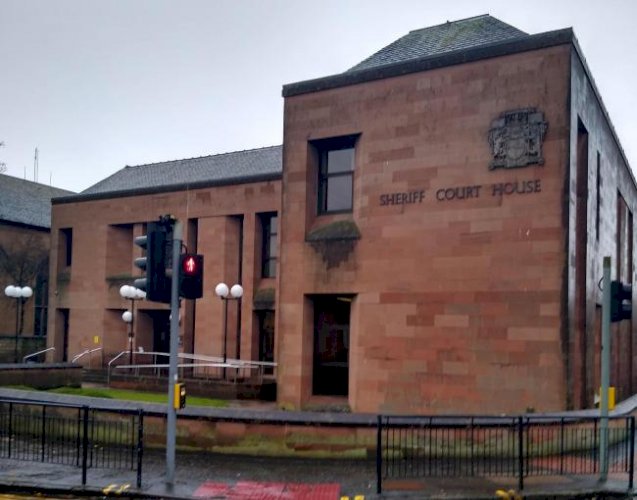 A security officer at a busy Scots court was bitten on the face in a savage attack by an irate prisoner.

Unnamed officer suffered a "nasty" injury near his eye after being attacked by the suspect at Kilmarnock Sheriff Court.

It's understood the assault on the man, who works for security firm GEOAmey, took place as the officer escorted the prisoner from a cell van into the Ayrshire courthouse.

The 19-year-old suspect was due to appear in the dock for a sentencing hearing.

But due to the incident the case was dealt with in his absence, while the assault was reported to Police Scotland.

A report has been sent to prosecutors, who are deciding whether or not to charge the man over the attacks.

A court source said: "He was being led from the van in handcuffs and he just lost it.

"He sunk his teeth right into the poor guy's face and left it in an awful state - there was blood everywhere and it looked like it could leave a nasty scar.

"He went so mad he has been charged with two assaults over his conduct on the day in question.

"And he was so out of control there was no way they could take him into court for his sentencing hearing.

"The judge asked why he wasn't there and his lawyer had to explain what had happened and tell him all about the attack."

A Police Scotland spokesperson said: "A 19-year-old man has been reported to the Procurator Fiscal in connection with assaulting two men at Kilmarnock Sheriff Court on Tuesday, 9 February, 2021."

A spokesperson for the Crown Office and Procurator Fiscal Service, Scotland's prosecuting authority, said: "We've received a report from police and it is under consideration."

A GEOAmey spokesperson said: "Two of our officers sustained minor injuries during this incident, and both are now recovering.

"It is always disappointing when officers are faced with violence and aggression whilst carrying out their duties.”